Home » Best Tips On How To Increase CPU Speed

Best Tips On How To Increase CPU Speed

Computers have come a long way in the last few decades when it comes to speed and performance. Still, speeds tend to slow down the longer you have your computer, even if you have a top-of-the-line PC. If your PC takes a little bit longer to load web pages or launch apps, you might think that you need to replace it or upgrade your internet, but the solution may actually not be linked to your internet speeds at all. If you have noticed an overall change of pace in your computer, it is most likely your PC’s performance that needs to be improved. Fortunately, there are plenty of ways to boost performance with a few tricks and tips from the pros.

Today, we will discuss various ways to improve your performance and how to increase CPU speed.

So, what’s causing your PC’s slow speeds and less-than-ideal performance? It can be any number of things because there are actually many factors that may be contributing to your computer performance. You can have the fastest internet in the world, but if you have low RAM storage, slow processing speeds, or poor network connection, your PC’s speeds may still be lacking.

If you aren’t sure where to begin, you can start by doing some research on your computer’s specs. If you have low RAM storage or a poor network connection, this can significantly impact your computer’s speed. Another effective way to speed up your computer is by increasing the CPU speed – which we will get into in the next section.

What is the CPU?

The central processing unit (CPU) or processor is one of the most critical elements of your PC and has a significant impact on the speed at which programs run. It is often referred to as the “brain” of your PC because it processes all data and instructions of your computer.

Specific processors work more efficiently than others because of the number of cores that are present in your PC. Cores are typically chosen based on how you use your computer. For example, a basic PC or laptop for daily use (i.e., school, work) could run smoothly with a dual-core processor.

However, if you use your PC for gaming or more serious programs requiring higher speeds, you would want to choose a processor with more cores. The proper CPU will make your PC much faster and more efficient, and similarly, having the wrong processor for your needs can slow down your computer.

A CPU processes many instructions from multiple programs every single second and performs or executes them. The speed at which they process all of this information is referred to as processor speed, CPU speed, clock rate, or clock speed– they are used interchangeably.

Generally speaking, a higher clock speed means a faster processor (CPU) because it indicates how fast your computer runs. The speed is measured in megahertz (MHz), and gigahertz (GHz), and the specified value is the number of cycles per second in which a CPU can process instructions. A good baseline value is to make sure that your processor speed is above 1.5GHz (if you are using Windows). Anything below that may cause slower speeds.

How To Increase CPU Speed For Improved Performance?

Now that we have a better understanding of what a CPU is and how it impacts speeds, let’s go over how to increase CPU speed:

When you think about factors that impact speed, you probably think of internal components or hardware, but do you know that an overheated CPU can slow down your computer significantly? If the CPU is too hot, it can also shut down or damage other components if not appropriately addressed.

Air cooling is the best and most straightforward way to cool down your CPU. Air cooling is exactly what it sounds like, in that you cool down your CPU by placing fans around the inside of your PC. The other option is liquid cooling but is far more advanced (and expensive) and should only be carried out by people who have experience building PCs.

Overclocking refers to a user increasing the speeds of the CPU clock for more processing power. Essentially, overclocking means pushing your computer to work harder and faster than they were intended to go. It is more complex, and it will produce more heat, but it will boost the speeds of your system.

Keep in mind that while each CPU is different and if you want to overclock it, you may have to upgrade other components of your computer.

Another component that plays a critical role in speed and performance is your PC’s hard drive. You can check how much space you have left on your hard drive, but you will definitely notice a decline in overall performance and speed if it’s at capacity or even near it. One way to increase computer performance is by cleaning out your hard drive or by clearing old and unnecessary files and programs.

Suppose you do not have the patience or capacity to do this manually. In that case, there are plenty of online PC cleaners available that will do all the hard work for you and significantly improve speed and performance.

Get ultimate protection with System Mechanic® Ultimate Defense™–secure password management, anonymous browsing, malware blocking, and so much more–all in one easy-to-use software suite.

I'm a writer, first and foremost, and a software enthusiast who likes talking about software free and paid. I live alone as my wife passed away in 2010. My one and only daughter lives close by with her husband and two adorable children. I have a pet cat who believes she owns me. 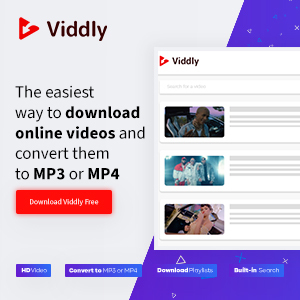 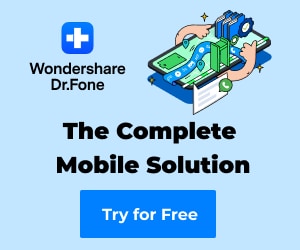